Together with the Swedish Sea Rescue Society, SSPA with partners are developing prototype boats to demonstrate what an emission-free sea rescue boat can look like.

- The project is in an exciting design phase right now, says senior naval architect Magnus Wikander at SSPA. The final boat will be an electric and foiling vessel of about 9 meters. The completely retractable foils will reduce the resistance in water and make the boat more energy efficient, more comfortable, and almost silent. The first prototype, with all subsystems, is currently being built by the partners in the project. The first prototype will give us invaluable data in order to finalize the 9 meter Electric Foiling RIB prototype in early 2023.

It is nothing new that the entire transport industry is facing major changes. This heavily fossil-fuelled industry must become greener, and everything from passenger cars to aircrafts will have to adapt to renewable fuels. The boating industry in general has not been a forerunner in this transition. Major obstacles are shortcomings in infrastructure and demands for speed and safety. Now the Swedish Sea Rescue Society takes big steps forward with a project funded by the Swedish Postcode Lottery (Drömprojektet).

- We will build a smaller rescue boat with electric motors and fully retractable foils. It will be a flexible, easy-to-manoeuvre boat that will be an easy choice when the life-saving volunteers go on assignments, says Josef Carlsson D’Costa at the Swedish Sea Rescue Society.

In order to make this happen Swedish Sea Rescue Society have teamed up with SSPA Sweden AB, KTH (Royal Institute of Technology), ZPARQ, Micropower, Trafikverket and Aston Harald, in a project called “ELINN – ELectric INNovation”. The project is funded by the Swedish Energy Agency and it´s project partners.

The Swedish Sea Rescue Society is involved in approximately 90 percent of all sea rescues in Sweden. It is estimated that 95 percent of theses assignments could be carried out in fossil-free operations.

- Initially, the ideas went towards fuel cells, says Magnus Wikander. But due to the short timeline of the project and the aim to present a prototype during 2023, the choice was made to go for batteries as energy storage.

An important aspect in this project is that this new rescue boat should be a preferable choice to its fossil-fuelled siblings. To succeed, it must have clear advantages, such as being easy to manoeuvre at low speed and providing a smoother, silent ride when driving faster. Maintenance time is also an important aspect, which will be reduced with fewer moving parts.

The Swedish Sea Rescue Society has more than 131,000 members and receives no government funding but is financed by membership fees, donations, and voluntary work. Thanks to 2,300 volunteer crew members, rescue services are always available 24 hours a day anywhere along the Swedish coast and on the major lakes. 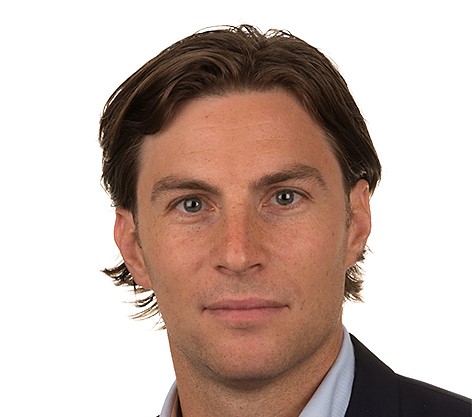